The Set 12 Meta is here! As result continue to pile in, I will crunch some of the numbers for you. In this post you will find the win percentages for each Style and each respective Mastery, and the top 10 winningist MPs. With 173 responses so far, including Supreme Kai, let’s begin.

While these numbers only represent the data recorded into the tracker, I really love the parody among the styles. The Blue decks played so far have been more experimental, so its percentage is sure to increase as it re-enters both the OCTGN meta and the tournament scene in Organized Play. Namekian is a little bloated at the moment as well. I expect all 6 Styles to settle into the 42-58% range when we get closer to 500 responses.

Win Percentages By Style and Mastery

My preferred Style has gotten a lot of love this set. Both Conflict and Perceptive Masteries have been given reason to be free of collectible binders and hit the table once more. Let’s check in to see how each Mastery is performing so far. Mischievous maintains its coin flip percentile from the previous set and corresponding tracker. It is certainly a strong mastery, but it has shown itself to be beatable time and time again. 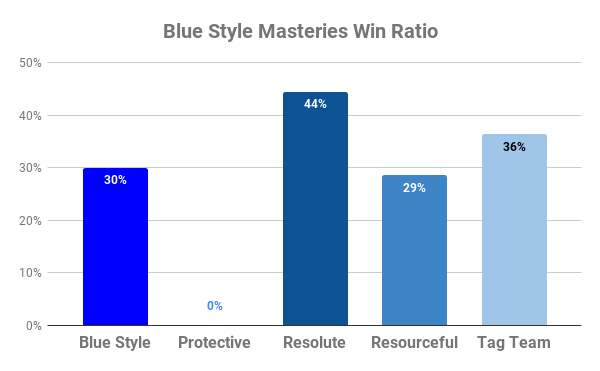 Check out Resolute leading the charge! These numbers are really dragged down by the lack of wins for Protective as well as the unnaturally low numbers for Resourceful and Tag Team. Blue will balance out, as it always does. Blue players, report your matches! 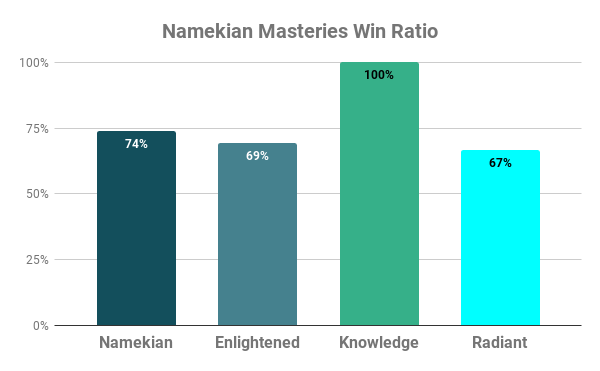 Look out for the sluganoids! Now, I’ll be honest, these numbers are little inflated from my own testing. I just happen to be kicking ass with some Namekian decks right now, as are others apparently.

Lots of people have jumped back to Adaptive, including 3 players from Supreme Kai. The original Orange Mastery received some new toys, but the Combative staples will see some play again to balance these scales.

What a fantastic glimpse of what all of these Styles can look like someday. Yes, all of Red is above 50%, but right now, Red is doing very well! Keep it up, Red players!

The community was a little slow to the power of the Set 10 Masteries. Whether we’re talking about unlocking the full power of Mischievous SK or Dabura, Combative Mill, Resourceful.dec, or the abuse of Enlightened ball bouncing, for some reason it took a while for the formula of these Masteries to surface to the community on the whole. Oppressive was played with early and is only now really seeing competitive play. The last 2 OP events say an Oppressive deck go undefeated in Swiss and Top Cut–impressive feats on their own, but now there’s truly no denying that the gates are open for Saiyan to win again, not that it couldn’t before…

Top 10 MPs With the Most Recorded Wins

One thought on “Data Tracking: 2.0 Results So Far”